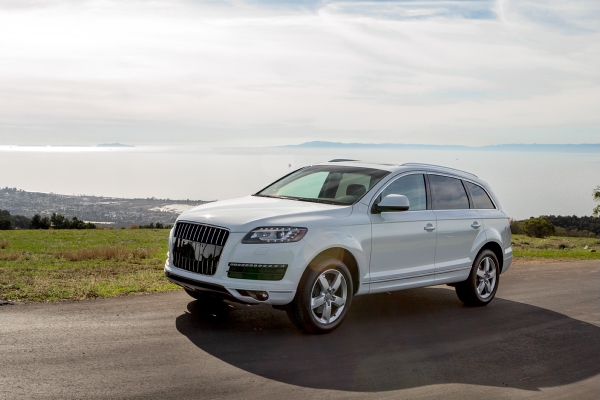 Car Safety Checklist: 10 Items to Check Before You Buy

Car safety has evolved so quickly that most new and used car buyers presume any car for sale in the U.S. is safe.

“In most cases, I don’t think very many people research the IIHS or NHTSA report,” said long-time automotive industry expert Ed Kriston of Westminster, Md. “Many buy cars after saying, ‘It looks great, it feels good to sit in and it’s fun to drive.’…Cars don’t break down like they did [decades ago], so people think they’re all safe.”

Here are 10 recommendations from auto experts to ensure the car you buy is tops in safety:

Don’t rely wholly on vehicle history reports. “They can’t tell you everything,” said Kriston. “If repairs are done in a little two-car garage or by a backyard mechanic, it won’t be on the report. It’s not because they are withholding information, it’s because it was not reported.” Buyers should look carefully at the car. One test is to stand in the front and ensure the paint on the hood matches that on the sides. That’s one way to spot a possible past crash. Of course, you should always take a used car to a reputable mechanic.

Read both IIHS and NHTA reports. “Both entities say that car buyers should look at both reports,” said Carroll Lachnit, consumer advice editor for Edmunds.com. “They do different crash tests and have different criteria. You should research both.”

Consider Kelly Blue Book and Edmunds. Their online guides include a host of car reviews, ratings and calculators for those that want to research new or used cars. Many experts, including Kriston, routinely use them.

Understand that new cars have some standard safety equipment. Consider front airbags that have been standard on U.S. cars since 1998. According to NHTSA statistics, those airbags reduced driver fatalities by 29% and fatalities of front-seat passengers age 13 and older by 32%. Many cars also have side torso, side curtain and even rear-seat airbags.

Commonplace equipment is not always standard. Many cars have back-up cameras and lane departure systems, but they are often options. Ask what safety features are available with the models you’re considering. “Those may not be standard except at the higher trim levels,” notes Lachnit, who adds that active safety packages are often optional.

Check for open recalls on cars. Car dealers and private sellers of used cars are not legally required to tell buyers that a car is subject to a recall. The matter is complex because some recalls, such as emission issues, won’t affect road safety. Others, such as airbag malfunctions, are vital. The good news is that you can get the VIN number of the particular car you are considering and determine if there are any open recalls on the NHTSA website, safercar.gov. Dealers will fix those for free.

Choose safety options that suit your lifestyle. “People don’t get to choose what type of crash they will be in,” David Zuby, chief research officer for the IIHS, “You want a car that can be safe in a number of situations.” His advice is to pay special attention to crash testing that reveals structural weaknesses. Airbags can’t compensate for such deficiencies.

Check the tires. Most new and gently used cars have roadworthy tires but it never hurts to check, says Kriston. A worn middle section means the car was driven with overinflated tires. Underinflated tires cause wear on both edges of the tread, with little wear in the center. Tread wear on one edge means a car was driven with wheels out of alignment. Erratic tire wear can indicate a host of problems including worn-out shock absorbers or suspension.

Look carefully at foreign cars. Although foreign cars meet the minimum U.S. safety regulations, you might find some surprises. For example, some cars built outside of the U.S., Canada or Mexico may not have rear wipers. Older imports might also not meet certain EPA standards.

Remember that a car is only as safe as its driver. “You shouldn’t buy a car to compensate for lackadaisical driving,” said Lachnit. “Just because you have a rear-view camera or blind-spot warning system doesn’t mean you shouldn’t look over your shoulder when backing or changing lanes. If you have extra money to spend, an advanced driver safety program is a great investment in safety.”